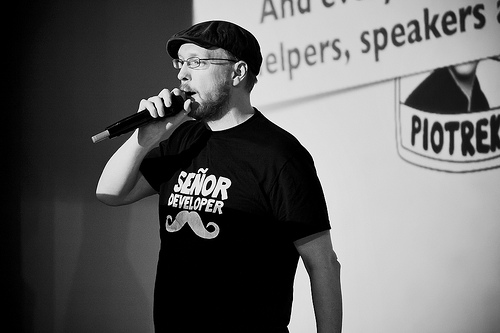 Our Señor Developer Shirts ™© are a great success! So far we have delivered around 300 Shirts all over the world, including most European Countries, Russia, US, Uruguay, and New Zealand. We have been to Railsberry and EuRuKo to promote them (while recovering from our hangovers). Even Aaron Petterson and Yehuda Katz wanted one, even though I have not seen them on any Friday-Hug photo…

The next stop of the Señor Developer Europe Tour will be Edinburgh and the Scottish Ruby Conference!

We want to do a little Señor Developer Competition there. The base idea is to give away free shirts to visitors of the conference with Awesome Moustaches (should be a trademark of Sven Fuchs): 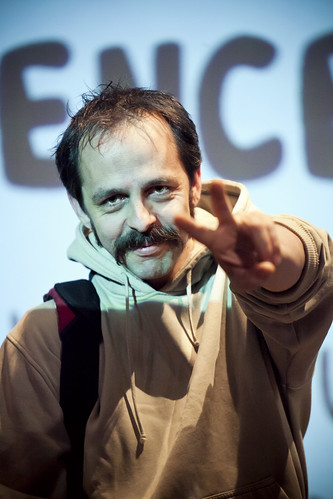 We don’t want everybody to grow a moustache, instead you could also moustachify yourself in different ways: mask yourself with a fake-moustache, create digital moustaches, wear moustache swag, tinker something moustachilitious!

Just surprise us and have fun! 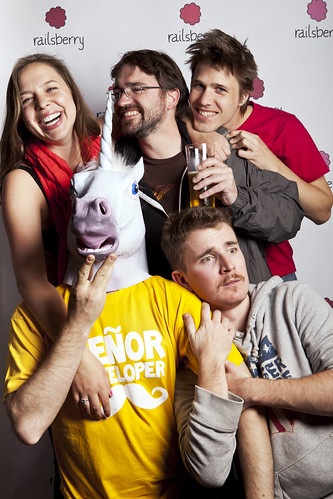